Cofidis - Solutions Crédits is a French cycling team that has existed since 1997. If you are interested in cycling races, you necessarily want to know everything about the cycling teams that you can find in the peloton in 2021. So, on this occasion, we offer you a focus on the French team Cofidis. 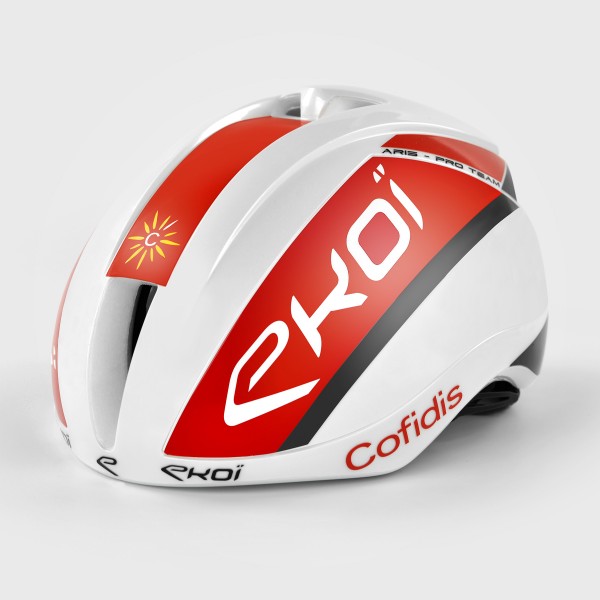 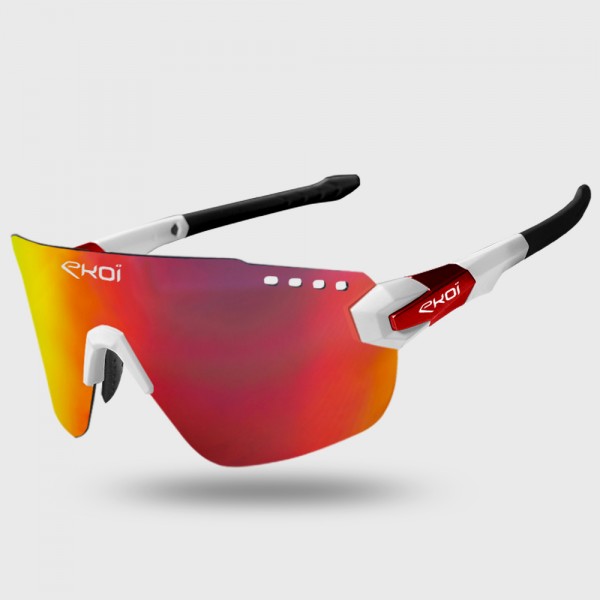 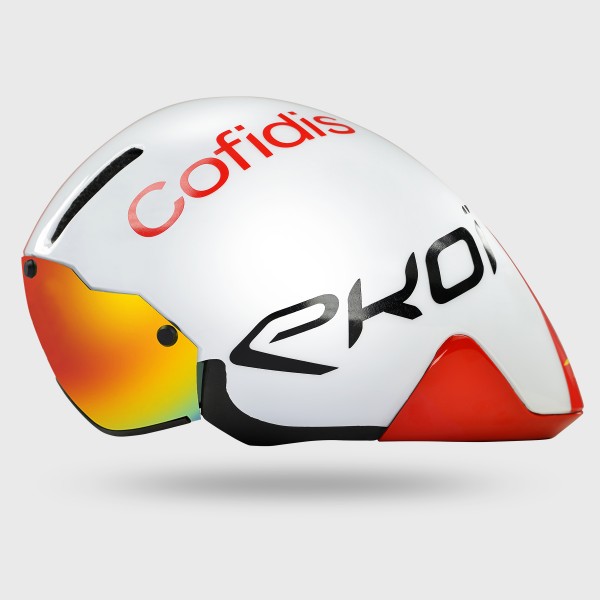 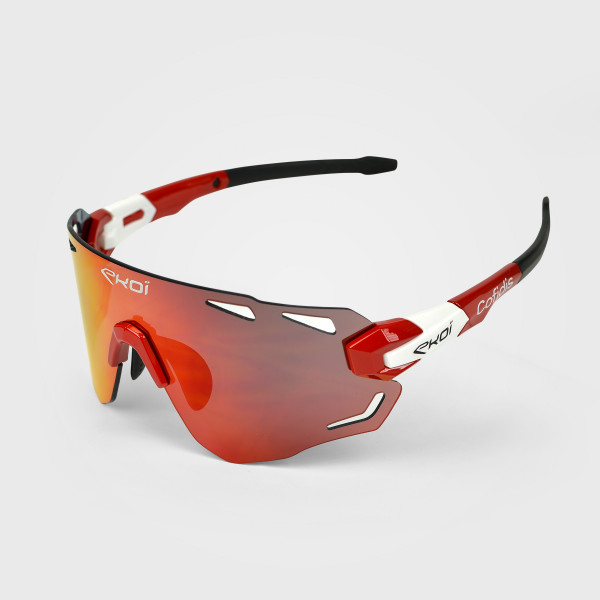 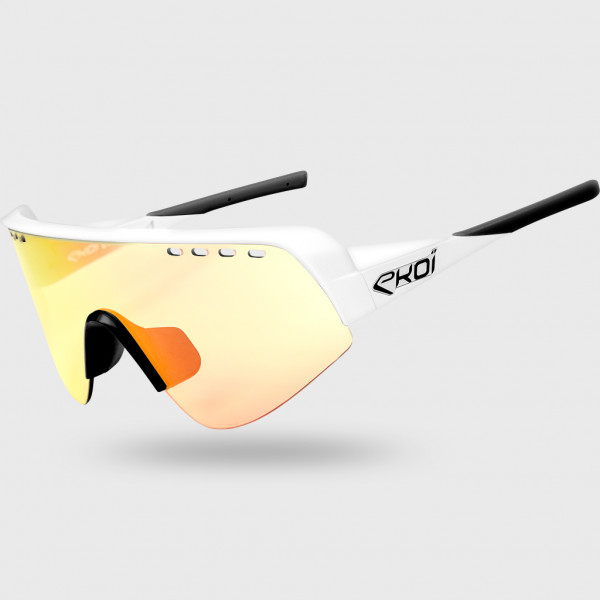 Fall sensor EKOI by TOCSEN
79,99 €
Cofidis - Solutions Crédits is a French cycling team that has existed since 1997. If you are interested in cycling races, you necessarily want to know everything about the cycling teams that you can find in the peloton in 2021. So, on this occasion, we offer you a focus on the French team Cofidis. Team presentation : Cofidis, the main sponsor of the team, has supported the team since its inception in 1997. The team was promoted to the UCI World Tour category in 2020, the top level of world cycling. This return to high level is due to the increase in the budget allocated by the loan company Cofidis and which made it possible to recruit a dozen runners including the Italian sprinter Elia Viviani and the French climber Guillaume Martin in 2020 to give another dimension to the team after the departure of Nacer Bouhanni in 2019. For the 2021 season, it has 28 cyclists in its ranks to try to shine in the biggest races. Its general manager is none other than Cédric Vasseur, a former cyclist, who notably joined Cofidis between 2002 and 2005. The main victories of Cofidis : In 23 Tour de France appearances, Cofidis has ten stage victories. But the last two date back to 2008, with Samuel Dumoulin and Sylvain Chavanel. In 2021, the team aims to add another line to this list. In 23 appearances in the Tour of Spain, the team’s riders have won fifteen stage victories. The most recent is that of Jesùs Herrada in 2019. In 2020, Guillaume Martin managed to pocket the jersey of best climber, which brings to six the number of winners of the classification of the best climber on the Vuelta. In 6 appearances in the Tour of Italy, the team have achieved two stage victories, in 2006 and 2010. In 2021, Christophe Laporte brought the team's first victory of the season by winning the first stage of the Etoile de Bessèges as well as the points classification. Team leaders : For this 2021 season, the team will be structured around two poles: the sprint with Elia Viviani and Christophe Laporte and the mountain with Guillaume Martin. ELIA VIVIANI Italian sprinter Elia Viviani joined the team in 2020. He will be the leader in the big races for the sprint finishes. At 32, his track record is already well rounded with : Italian road champion (2018) ; European champion on the road (2019) ; Several European track titles (between 2012 and 2019) ; Several stage victories on the big tours (1 stage on the Tour de France, 5 stages on the Giro and 3 stages on the Vuelta) as well as the points classification on the Tour of Italy in 2018 within the Deceuninck - Quick Step. CHRISTOPHE LAPORTE Christophe Laporte is the team’s second sprinter, but also benefits from the qualities of a roller allowing him to achieve good results in the time trial. Aged 28, he grows stronger with the seasons and begins to have a nice track record : Etoile de Bessèges (General classification in 2019 and 4 stage victories in 2018, 2019 and 2021) ; Tour de la Provence (2 stage wins in 2020 ; Tour of Luxembourg (3 stage victories in 2018 and 2019) ; Tro Bro Leon (2020). To date, all he needs is one prestigious victory on a grand tour or a great one-day race to complete this list. GUILLAUME MARTIN Guillaume Martin, the philosopher cyclist, is the climber of the Cofidis team. Featherweight (55 kilos), he has no trouble climbing to the top with the best runners. Last year, he placed eleventh and first French overall in the Tour de France. And his determination allowed him to win the best climber classification on the Tour of Spain a few weeks later. At 27, all he needs is a prestigious victory on a grand tour to enrich his record and reward his consistency and courage. JESÙS HERRADA Jesùs Herrada is the team's puncher-roller. Aged 30, he was twice crowned Spanish road champion in 2013 and 2017. In 2019, for his second year at Cofidis, he won his first grand tour victory by winning the sixth stage of the Tour of Spain as well as the Mont-Ventoux Dénivelé Challenges. To meet the team's objectives, they will be helped in their task by the following riders : Piet Allegaert; Fernando Barcelo; Natnael Berhane; Tom Bohli; André Carvalho; Thomas Champion; Simone Consonni; Jempy Drucker; Nicolas Edet; Ruben Fernandez; Eddy Finé; Simon Geschke; Nathan Haas; José Herrada; Victor Lafay; Emmanuel Morin; Anthony Perez; Pierre-Luc Périchon; Rémy Rochas; Fabio Sabatini; Szymon Sajnok; Hugo Toumire; Kenneth Vanbilsen; Attilio Viviani; Jelle Wallays. Are you an expert on Cofidis ? Now, how about doing the same with other teams like Lotto Soudal, Qhubeka Assos, Arkea-Samsic, St Michel Auber93, Euskaltel-Euskadi or even Nippo Provence PTS Conti ?