Caleb Ewan is an Australian cyclist born on July 11, 1994 in Sydney, Australia. After allowing you to know all about the Lotto Soudal cycling team, it's time to look at its main riders in more detail. So, on this occasion, we bring you a focus on Australian sprinter Caleb Ewan. 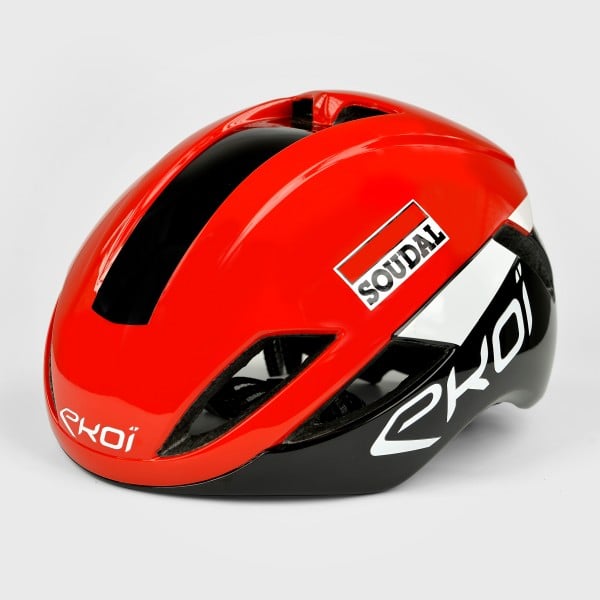 Caleb Ewan is an Australian cyclist born on July 11, 1994 in Sydney, Australia.
After allowing you to know all about the Lotto Soudal cycling team, it's time to look at its main riders in more detail. So, on this occasion, we bring you a focus on Australian sprinter Caleb Ewan.

Who is Caleb Ewan?

Since the beginning of his racing career, Caleb Ewan has become a sprint specialist. He is one of a select group of riders who have managed to win stages in all three grand tours (Giro d'Italia, Tour de France and Vuelta Espana).

During his early years, he alternated between road cycling and track cycling, disciplines in which he won several medals at the world or national level: most notably, he became the Australian Junior Road Champion and the World Junior Omnium Champion in 2011.

In 2012, at just 17 years old, he had the luxury of beating Australian star sprinter Robbie McEwen in the sprint at the Jayco Bay Classic.

In 2013, after winning several races in the U23 category, he signed his first professional contract for the 2014 season with the Australian World Tour team Orica-GreenEdge. Before joining the professional pelotons in the summer of 2014, he won the Australian road and criterium championships in the Espoirs category.

In 2014, for his first World Tour race, the Tour of Beijing, he achieved three Top 10 finishes in the sprint.

In 2015, after winning several races in Australia, including the Michelton Bay Classic and several stages of the Herald Sun Tour, he took part in his first grand tour, the Tour of Spain, in August, winning a stage in the sprint.

In 2016, he won two stages at the Tour Down Under early in the season, before taking part in his first Giro d'Italia, where he finished four times in the top 10 of a stage. That year, he also holds his first World Tour victory thanks to the EuroEyes Cyclassics.

He began his 2017 season with the title of Australian Criterium Champion and four stage wins at the Tour Down Under, along with the points classification. In his second appearance in the Tour of Italy, he won the seventh stage, tied at the photo finish with Fernando Gaviria and Sam Bennett.

Early in 2018, he was again crowned Australian Criterium Champion before finishing second in Milan-SanRemo. That year, while he had made the Tour de France his goal, he was not selected by his team to compete in the race.

In 2019, he therefore joined the Belgian team Lotto Soudal. For his first race under his new colors, he won the Tour Down Classic. Then, he won two stages in the Giro d'Italia as well as three stages in the Tour de France for his first participation in the Grande Boucle, including the final stage on the Champs-Elysées. During that 2019 season, he was crowned Australian Cyclist of the Year.

In 2020, after winning two stages at the Tour Down Under and a stage at the Tour of the United Arab Emirates, he also won twice on the roads of the Tour de France.

Now you know everything you need to know about Caleb Ewan. How about doing the same with Philippe Gilbert, Thomas De Gendt, John Degenkolb or Tim Wellens?